“And whereas thou sawest iron mixed with miry clay, they shall mingle themselves with the seed of men: but they shall not cleave one to another, even as iron is not mixed with clay.” KJVTo read the entire story of Nebuchadnezzar’s dream and the interpretation Daniel gives of it, go here:http://www.blueletterbible.org/Bible.cfm?b=Dan&c=2&v=1&t=KJV

This is the section detailing the dream Nebuchadnezzar had:

Dan 2:31-35 “Thou, O king, sawest, and behold a great image. This great image, whose brightness was excellent, stood before thee; and the form thereof was terrible. This image’s head was of fine gold, his breast and his arms of silver, his belly and his thighs of brass, His legs of iron, his feet part of iron and part of clay.

Thou sawest till that a stone was cut out without hands, which smote the image upon his feet that were of iron and clay, and brake them to pieces. Then was the iron, the clay, the brass, the silver, and the gold, broken to pieces together, and became like the chaff of the summer threshing floors; and the wind carried them away, that no place was found for them: and the stone that smote the image became a great mountain, and filled the whole earth.”

And this is immediately followed by the interpretation from God that Daniel gave to Nebuchadnezzar of this dream:

Dan 2:36-45 “This is the dream; and we will tell the interpretation thereof before the king. Thou, O king, art a king of kings: for the God of heaven hath given thee a kingdom, power, and strength, and glory. And wheresoever the children of men dwell, the beasts of the field and the fowls of the heaven hath he given into thine hand, and hath made thee ruler over them all. Thou art this head of gold.

And after thee shall arise another kingdom inferior to thee, and another third kingdom of brass, which shall bear rule over all the earth.

And the fourth kingdom shall be strong as iron: forasmuch as iron breaketh in pieces and subdueth all things: and as iron that breaketh all these, shall it break in pieces and bruise.

And in the days of these kings shall the God of heaven set up a kingdom, which shall never be destroyed: and the kingdom shall not be left to other people, but it shall break in pieces and consume all these kingdoms, and it shall stand for ever. Forasmuch as thou sawest that the stone was cut out of the mountain without hands, and that it brake in pieces the iron, the brass, the clay, the silver, and the gold; the great God hath made known to the king what shall come to pass hereafter: and the dream is certain, and the interpretation thereof sure.”

Nebuchadnezzar sees a statue of 5 sections, and also 1 stone,
and each correspond to 6 kingdoms.

2. Silver = inferior kingdom after his

3. Brass = will rule over all the earth

4. Iron = strong as iron, iron breaks all things, but this kingdom will break

6. stone that destroys the statue, becomes a mountain, and fills the earth
= The eternal kingdom of Jesus Christ

The 5th kingdom contains Daniel 2:43, so let’s look at only the verses on the 5th kingdom, and I have bolded everywhere the word “hava” appears:

These verses describe 1 kingdom, but a kingdom that has 2 divisions, or 2 parts. 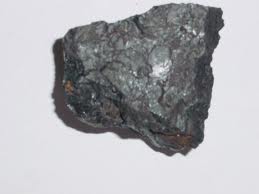 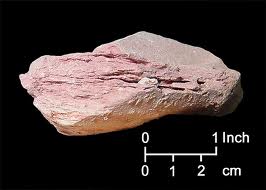 The most straightforward reading here would be to think “they” are the 2 parts of the kingdom that were defined in the previous verses describing this 5th kingdom. That being the case, “they” would be the 2 divisions of the 5th kingdom, and Dan 2:43 describes that they will mingle in descendents, but will not join together and become unified.

This word for “mingle” is only used here in the Bible, meaning “mix, mingle, or join together”, but also the most closely related word to this word, means “to traffic as in barter, to give or be security as a kind of exchange”. The concept here is one of surety, or something given as a pledge, joining two together in a loose way. The picture this paints is these 2 parts of the kingdom, the strong and the broken, pledging the seed of men, or pledging their descendents, among themselves, to each other, in order to hold together more tightly. However, the 2 parts of the kingdom cannot actually join into unity, but remain separate divisions of the weak and the strong.

Some people argue that the iron empire is the Roman Empire. When the Roman Empire fell, it was replaced by widespread feudalism, and the practice of marriages used to make alliances between countries was common, as well as alliances of powerful families on a smaller scale. To some extent, the same practice is seen today in companies, corporations, multi-national conglomerates, and other such entities, which seem to unite with mergers and such. Arguably, cooperations today have enough money, and even enough political influence, to be comparable to kingdoms of the past. And they do interweave in ownership down through the generations of mankind, or “mingle themselves with the seed of men”. The modern fact of cooperate power, while we are accustomed to it today, could be considered novel in a historical context, and might qualify it for a mention in prophecy. This is of course just one possible interpretation. Others are also possible.

But I do think the simplest, most straightforward explanation for who “they” are in Dan 2:43 is that “they” are the parts, or iron and clay. In this reading from the KJV, it is not that difficult to figure out what was meant by “they”, if one just applies some logic to the verse within it’s larger context in the chapter of Daniel 2. Therefore, any fair interpretation that sticks to what the text actually says should consider “they” to reference to the iron and the clay parts as what are being referenced to as “they”.

I have heard people say that “they” refers to “fallen angels”. There are some problems with this interpretation. With the straightforward reading above, the ambiguity about “they” is clarified, and stays within the stated meanings in the context of the passage, so this should be the preferred reading. So there really isn’t room to fit fallen angels into this verse. That being said…
Another problem is that the gold, silver, brass, iron & clay, and the stone, are all defined in the passage as being “kingdoms”, and the first is Nebuchadnezzar and his kingdom, and he was a man. So it would seem that kingdoms of men are what are being referenced to here in the case of each and all of the kingdoms.

Another problem is found in the interpretation of the dream, immediately after verse 43.
In verse 44 Daniel says:
“And in the days of these kings shall the God of heaven set up a kingdom, which shall never be destroyed: and the kingdom shall not be left to other people, but it shall break in pieces and consume all these kingdoms, and it shall stand for ever.”

As such, the “they” that is referenced to in Daniel 2:43 seems be further defined from verse 44. Daniel 2:44 implies that “they” are “these kings”. And in contrast, the kingdom of stone will not be given to “other people” which implies that “these kings” are in fact “people”, and therefore are not fallen angels, but human beings.

And so including the contextual definitions from Dan 2:44, “they” would have to be kings and human. The dream is about kingdoms of men to be known by men in all cases.

This interpretation is merely drawn from close examination of the stated text, looking at the verse of 2:43 in context of the larger passage.
So while there is room for potentially many interpretations about which people or groups of people would compose the iron and clay parts of the 5th kingdom, it seems clear from the text that “they” are these parts, which are represented by human “kings”, and therefore not by fallen angels.

One Response to No Nephilim in Bible Prophecy Part 2 – Dan 2:43